Save the Pigments – next steps to save not just tattoo inks, but an entire industry.

To put it in a nutshell: What Erich Mähnert and Michael Dirks have set up here on the basis of their initialized EU-Petition Save the Pigments and in collaboration with experts, scientists and politicians goes far beyond saving two pigments.

It’s about nothing less than saving the European – if not the global – tattoo industry due to supply chain dependencies. Is there any way to honor what these two are doing? Yes, by actively supporting the EU-Petition. Every vote counts! Even grandma’s and the postman’s.

In an Instagram-Live announced by @savethepigments, Erich and Michl reported at the end of October on the current status of the EU-Petition and their news about it.

What has happened on the political level in Europe in this regard? Does the petition accomplish anything at all?

Alexander strongly represents the interests of the European Tattoo Industry and is one of the valuable contributors in the further action against the current variant of the REACH regulation.

An above-average media demand and the so far incomparably large number of supporters of the Save the Pigments EU Petition have not gone unnoticed by the EU Commission. This now results in the possibility of seeking a resolution request in the European Parliament.

What does this resolution request mean?

A resolution can be translated as a formal expression of opinion or intention made, usually after voting by a formal organization. It is a political instrument, that can be used to draw the attention of the European Parliament to problematic situations, to publicly declare its own position and to call on the EU Commission and member states to take action.

A resolution is not legally binding. Rather, it has the character of a call for debate and action with political recommendations. As a rule, a resolution has a considerable political impact. The term resolution alone should make it clear, that there is something great behind it, pressure is exerted and the public is informed about a problem. The fact, that the tattoo industry is given this opportunity in politics, is not only a novelty, but also only works because of the cohesion that is made clear through the Save the Pigment petition.

The need for action can therefore no longer be denied by the EU. Initiatives from all over Europe – with Austria leading the way – will work together with the tattoo industry, politicians and scientists to ensure that formulated demands are actually implemented in concrete measures without delay.

At the moment, the primary issue is the formulation of the application of this resolution request.

The key point for the entire tattoo industry is: “To gain time!” More precisely, through a not yet further defined postponement of the REACH regulation, which has already been in force since 2020 and is subject to a one-year transition period (exception pigment blue 15:3 and green 7).

What’s the factual situation/ are the chances of success of such a resolution request?

To do this, you need to understand a little about how the EU political apparatus of a democracy is structured. The European Parliament is composed of 705 members (MEPs) elected for 5-year terms in 27 member states of the enlarged European Union. These members are grouped by political affiliation of their 7 EU political groups and not by nationality in the plenary chamber.

To sort and prepare for a plenary session, MEPs work for this purpose in 28 established committees of different main subject areas. In two of them – Environment, Public Health and Food Safety (ENVI) and Petition (PETI) – Alexander sits for the EPP. He is also a substitute member of the Committee on Culture and Education (CULT).

Together, it is now a matter of deriving a majority for the contents and goals of the resolution request across the various European countries and in the 7 different parliamentary groups, so that a resolution “request” can become a “decision”.

In the coming weeks, we will focus on winning over the respective parliamentary parties for a YES to our REACH issue. Alexander Bernhuber represents the EPP (European People’s Party), which is the oldest and largest center-right group in the EU Parliament. This is already good, because it represents “the goal of creating a more competitive and democratic Europe, in which people can live as they want”, as they formulate itself on its homepage.

What exactly does the resolution request entail?

The core of the request is, as already mentioned, to obtain more time for the entire tattoo industry by postponing the REACH regulation.

According to Erich, other key points of the resolution will be negotiated in the next few days. In the process, it must also be formulated what problems exist in the meantime. And what must be changed for the future.

Does it still make sense to continue supporting the Save the Pigments petition?

IN ANY CASE: The tattoo industry has been fighting for its acceptance for years. You can not and must not just let everything simply go over your head. The petition is, among other things, also a very good opportunity to transport information and his opinion in this regard. The REACH regulation is binding for all EU member states, when it comes into force and cancels out all directives and regulations at country level, that are currently in force (e.g. tattooing products regulation/ ResAP2008).

With the EU petition Save the Pigments, you can not only counter and influence this like with a megaphone, but it has also been proven that people deal with the topic more extensively and are convinced of the project.

In addition, the EU Commission and Parliament are monitoring the petition process very closely! The more pro-resolution votes the petition has, the bigger the pressure on the parliamentary groups from their own factions.

Because it’s also a fact, that there are parliamentarians and political groups who have not yet really dealt with the issue or who speak out against affecting the REACH regulation. It’s important to convince them with votes and voices from the EU petition.

Please, support the Save the Pigments EU petition

The chances of success

There is only a chance of success with a majority of votes in the EU Parliament, if Save the Pigments can introduce the resolution request. Therefore, support is also required from all European countries involved in the process. All this should and must take place before Christmas and the turn of the year, as the REACH Regulation must be complied with from January 4, 2022.

What happened so far

In their Instagram Live, Erich and Michl thank everyone involved who has given undiminished support to date. TV- and newspaper interviews with tattooists, medical professionals, politicians and scientists have not only generated a great response from the press in the past few days, but have also ensured that many are now orienting themselves towards pro tattoo.

Denmark, France, Germany, Belgium and many of their tattoo associations have contributed to the current advantageous situation for the tattoo industry at EU level. As Erich knows to report, not only fact-checks by the media were carried out, but inquiries from about 140 media were processed with over 87 reports Europe-wide, of which 80% were pro-tattoo. So only a few tore the tattoo topic apart, as used to in our industry.

Erich emphasizes, that he sometimes misses his tattoo machine, but the tattoo is on everyone’s lips. Since then, there have been some representatives of various popular parties on this new political stage, who are constructively open to the topic of tattoos and are not defensive. You have to see this great moment as a great opportunity for yourself and your colleagues.

What about the manufacturers and REACH-compliant that are supposed to come?

Why is only a postponement applied for in the motion for a resolution? And not a direct suspension of the tattoo inks or at least the ban on pigments?

The answer of the two is, that further key demands will be negotiated in the following days. There won’t just be one demand in the resolution request. Various departments, experts and academics are also involved in this, with whom the tattoo industry has consulted in an interdisciplinary way. A lot has been achieved primarily with the ESTP. Demands in the resolution proposal must make sense, but the whole process is not easy.

Why should there be a delay when manufacturers with supposed alternatives come onto the market from January 2022? They are not interested in the quality of the colors.

Michl says, that EVERYONE can currently claim that they have supposed alternatives or colors that are already legally compliant! The fact is, that there was a control campaign in 2021. It already proved back then, that most of the tattoo inks that were supposed to be ResAP2008-compliant were not. More than half of the colors tested were not compliant. It is also a fact that these tested colors would all have failed even according to the future REACH regulation.

Ultimately, decisions should be made based on facts. The postponement is a way to give manufacturers time to tweak a few screws of the formulas. For tattoo artists it offers the possibility to use up available material for current projects and impending financial loss should be avoided. In addition, nobody knows the new color reactions on skin and health.

Another major problem is the supply of raw materials as a result of the corona pandemic. The main argument here is, that the pandemic has caused massive damage to the tattoo business. In addition to the work bans in the long lockdown phases, there is a lack of materials and raw materials for the further manufacture of substances in large parts. Much has not been produced in the pandemic. As an example, many solvents are missing in the analysis to conduct research.

“We are currently working hard to introduce a resolution in the EU Parliament that contains a number of key demands. One of them is the postponement of the regulation. The other demands are currently being discussed and legally clarified.

In order for this motion to be successful, we need a majority in the vote.
Our wish would be to do the whole thing before Christmas, because nothing else makes sense to us.

As soon as we have more information, we will inform you.” 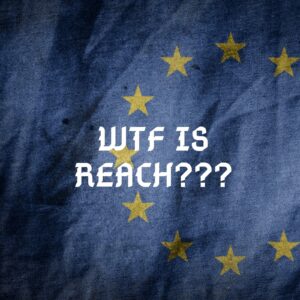 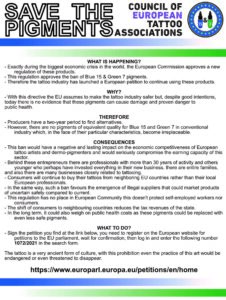 The status quo regarding the EU petition @savethepigments is still the same. Since March 23, 2021 when Erich Mähnert and Michl Dirks successfully and impressively presented the petition to the European Petitions Committee, the ball is in the court of the EU Commission. Since then, we are still waiting for a written statement from the EU Commission on how the ban can be lifted. In addition, the EU Health Committee and the Environment Committee are currently dealing with the regulation and the petition.

We must therefore continue to be patient. In the meantime, please make sure that the petition and the ban on our pigments are not forgotten. 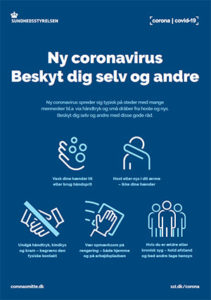 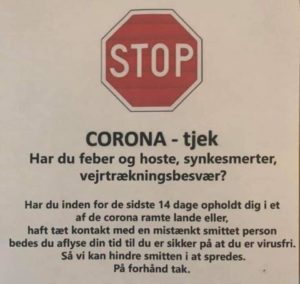 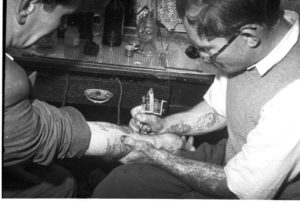